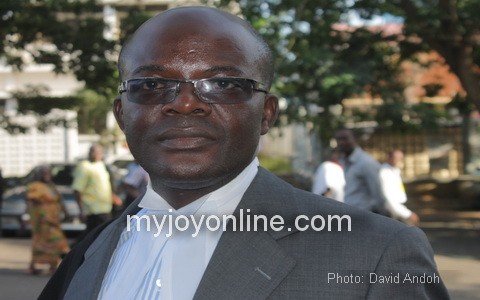 Counsel Solicitor for President John Dramani Mahama, Tony Lithur has commended the Commission on Human Rights and Administrative Justice (CHRAJ) for tackling all the issues arising from complaints against his client.

He said he received the report from CHRAJ dated September, 29, in respect of complaints of conflict of interest and corruption lodged against his client by three different complainants.

In a statement issued in Accra and copied to the Ghana News Agency, he said: “While I was always confident of my client’s innocence, the report throws more light on the circumstances surrounding the subject of the complaints, and demonstrates clearly to the people of Ghana that the accusations of conflict of interest and corruption variously made against my client by different people and entities in various fora, were wrong, without basis and unsupported by the facts.

“The thoroughness of the investigations conducted by CHRAJ, and the manner in which it has tackled all the issues arising from the complaints are commendable,” he added.

He commended CHRAJ for discharging its constitutional mandate with despatch.

“I hope that the clarity and completeness of its determination of all the issues, will finally lay this matter to rest once and for all,” he said.