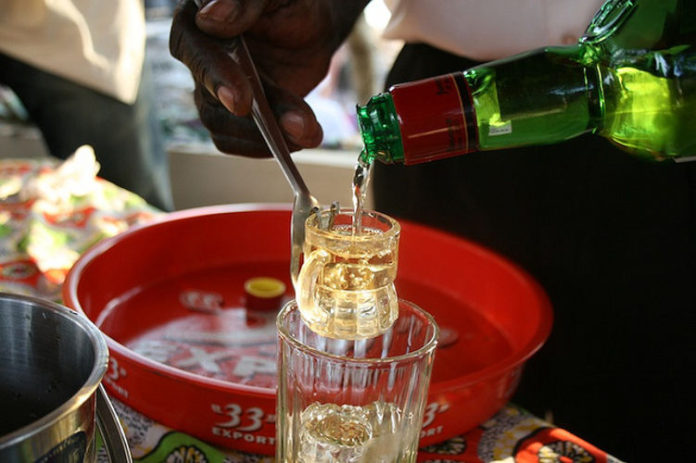 Two fetish priests from Techiman in the Brong-Ahafo Region on Wednesday died after drinking a mixture of Akpeteshie (a locally-brewed gin) and some herbs at Senease in the Berekum Municipality.

Four other victims, also from Techiman are also on admission at the Berekum Holy Family Catholic Hospital, he said adding that they and Nana Ofori worked with Nana Prince at his shrine in Techiman

Chief Inspector Oppong said on Wednesday, February 7, Nana Kwadwo Obeng, aged 65, the fetish priest of the Tansie shrine at Senease and leader of Fetish Priest Association in the Berekum Municipality invited Nana Prince to participate in a six days workshop organised for members of the Association at Senease.

He said Nana Prince asked permission about 0830 hrs the next day to return with his team to Techiman, adding that as customs demands, Nana Obeng instructed some of his subjects to serve them with the Akpeteshie-herbal mixture locally referred to as ‘bitters’ before their departure.

Chief Inspector Oppong said immediately after they had drunk the bitters, all the six visitors complained of severe stomach pains and started vomiting and were rushed to the Holy Family Hospital but Nana Prince and Nana Ofori were pronounced dead on arrival.

He said the four – Kofi Isaac, Febri Kwame, Baffoe Mandela and Benjamine Jesse, aged 44, 35, 26 and 76 respectively are responding to treatment whilst the bodies of the two deceased have been deposited at the Hospital’s morgue.