President John Mahama has tweeted asking Ghanaians to ignore claims by the main opposition New Patriotic Party that it had won the presidential polls by 54%.

This follows a tweet by Nana Akufo-Addo’s nephew, Gabby Otchere-Darko, that the flag bearer of the NPP has won the 2016 presidential race by 54 per cent. 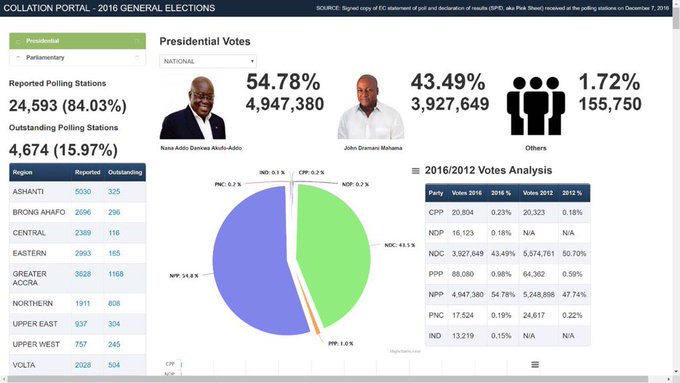 Mr Otchere-Darko wondered why the Electoral Commission (EC) had not confirmed any results hours after polls ended.

“I bet you are wondering what Charlotte [Osei] is waiting for… E-transmission was supposed to speed up results declaration. So how come 2016 has been slower than 2012 and 2008? Who is causing the jam?” he quizzed in a tweet.