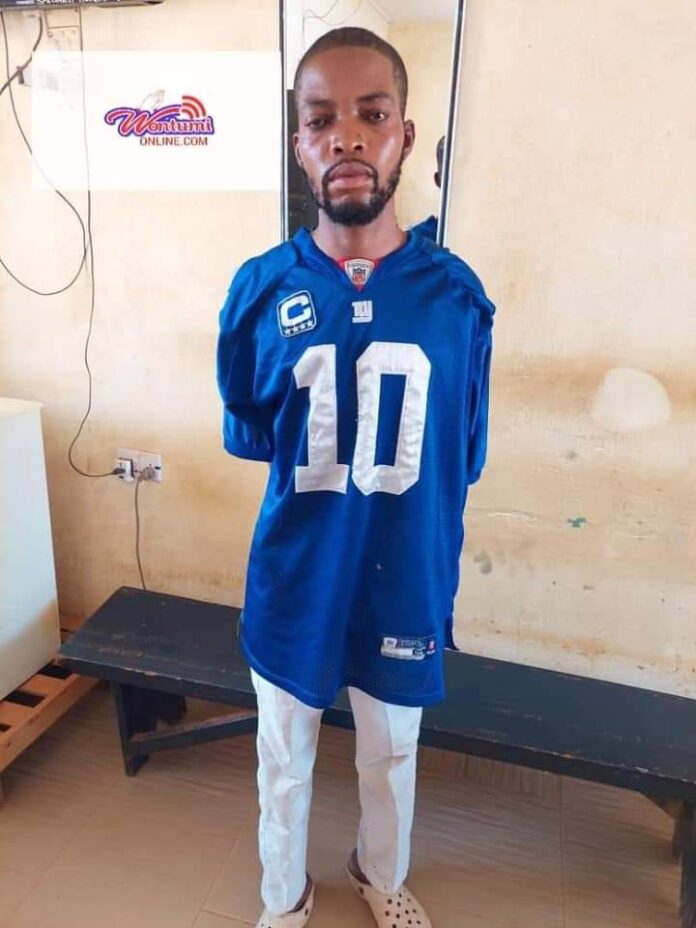 The suspect in the Kuntenase beheading of an Bolt driver has been arrested with the murder weapon, a machete retrieved.

Police in Kuntenase in the Ashanti region have picked up suspect Rashid Ibrahim for the cold blooded murder of Israel Agyei Manu, head teacher of Rogel Montessori Basic School at Atonsu Kumasi and owner/driver of the Bolt service Toyota Vitz vehicle with registration number GE 3170-21. Suspect who initially gave an untenable alibi to Police later confessed to committing the crime and led police to retrieve the matchete which he allegedly used to behead the deceased at Feyiase New Site on 4th July, 2021. Suspect is in Police custody pending arraignment before Court.

Police commend community members who volunteered their observation of movement of neighbours and strangers alike to Police, leading to the arrest. Police assures them of the strictest confidentiality and appeals to such informants to desist from blowing their own cover by bragging about such exploits.