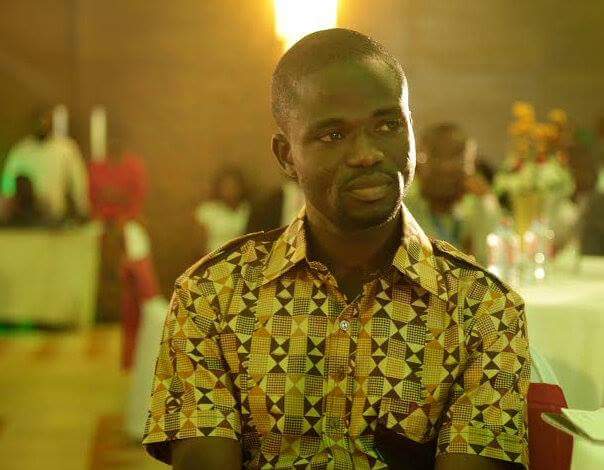 Manasseh Azure Awuni is a journalist at JoyFM

Yesterday, I met Becca after her interview on the Cosmopolitan Mix on Joy FM. This was shortly after the programme ended at midday. She accused me of abandoning her because of you. It occurred to me, I had still an outstanding assignment to fulfil in connection with you. An hour later, at exactly 1:06p.m., I received a call from a colleague worker, Sandra Akakpo of Adom TV. She wanted me to read a story online, but she sounded disappointed at the turn of events.

“You see, you have not written to Ebony as you promised and now she has replied your letter,” she said.

“Really? What has she said?” I asked.

She told me to go online and read the details. When I did, I was greeted with your letter, which was taken from your Facebook page:

“Dear manasseh azure awuni,i have a new song out and is called maame hw3.its a campaign song to STOP VIOLENCE AGAINST WOMEN.i am expecting another lengthy letter from you on this one,or you only write love letters to me when i have a wardrobe malfunction? Pls let me know. Its ur girl ebony reigns, the 90’s badgyal.” 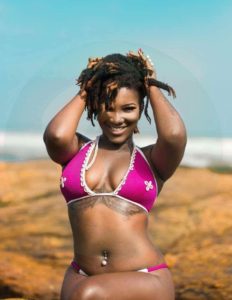 My dear Ebony, first of all, let me thank you for acknowledging my letter and taking the time to respond. However, I may have to disappoint you this time if you were expecting a lengthy letter.

I want to keep this letter as short as possible. The last time, I wrote to the President and indicated I that was going to be brief, I had people questioning my definition of brevity. But, trust me, this letter will not be as long as the first one I wrote to you.

My dear Ebony, I don’t and will not write love letters to you only when you have a “wardrobe malfunction.” I had planned to write to you and had discussed it with Sandra and Dzifa Kege of Joy News on Sunday afternoon. I was working on my TV documentary and they were also doing some work in the editing studio on Sunday when the discussion about my writing zeroed in on my previous letter to you.

I told the two ladies that I had observed very positive developments from your camp and I owed you a letter of commendation. They both agreed with me, praised your latest hit song “Maame Hwɛ” and urged me to go ahead with my second letter.

Unfortunately, however, I have been extremely busy trying to put together a comprehensive documentary on why Ghana is still filthy after sinking billions of cedis into countless, shady sanitation contracts. On Sunday, I got home after 11p.m. and, on Monday, I closed from work at 1:55p.m. and got home after midnight. That explains why I had not written and why Sandra was disappointed that your reply came before my letter.

I’m really sorry if I have made you feel I only notice you when you go wrong. That’s not the case. I hope you will understand and forgive me.

Since I wrote you that letter, I have followed what you do keenly. At the Joy FM Skuuls Reunion, where you performed the weekend after my letter, I was told, “Your Ebony has toned down.”

A week afterwards when you launched your album, I saw the photos and was very impressed with your outfit. I later read an online story with the headline, “Ebony Covers Up at Album Launch.”

Ebony, I have also watched your “Maame Hwɛ” video three times and I must commend you highly for a great job. The theme is spot on, the music is dope and the video is very well made. Your outfit was superb. You looked very stunningly beautiful in a very unique way.

Your outfit got people talking and every single person I have heard talk about that video spoke very highly of you and your work. Because of the subject of my first letter, I have been asked several times, “Have you seem the latest video of your Ebony and how she dressed?”

I must confess I was touched by your letter. My letter to you generated thousands of comments. Generally, most people agreed with me. They think you are enormously talented and nudity should not subdue your talent. A few disagreed with me, saying I should leave you to live your life. Some also thought I should not have wasted my time on you at all.

“Why do you waste your time on that girl? Don’t give her the opportunity to insult you. We are all in this country, she will destroy herself and we will all be witnesses,” they said.

I would not have been surprised if you or your management decided to respond with insults. I had seen how some people who criticized you in the past were served with harsh responses. I knew I risked being treated that way, but like a former President of a South Asian country, I have developed a dead goat syndrome to insults. It therefore came to me as a pleasant surprise that you wanted to hear from me on your latest work.

It is unfortunate that your rather harmless comment has generated harsh responses from people who either did not read beyond the headlines or are not blessed with enough brains to understand what you wrote.

Ebony, I may be wrong but this is how I understood your response: You were not only seeking my view about your latest work, but about your latest brand. My letter was not about your music. I have never doubted the excellence you bring to the industry. My concern was your wardrobe. So having switched from a “naked” Ebony to a “covered” Ebony, you wanted my view.

First of all, thank you for not insulting back but acknowledging the fact that there has been a “wardrobe malfunction.” This admission gives me the impression that you have listened and your recent action shows that you’re prepared to make amends.

“She’s just testing the waters,” a young man in the control room of Multi TV said yesterday. He was cautioning others and me not to be so sure that you have changed.

Please, don’t get me wrong. I know you’re into showbiz and do not expect you to mount the stage dressed like a Catholic nun. In everything you do, however, let moderation be your watchword.

There are a lot of positive gossips about you these days, Ebony. The two most important ones are your recent dress codes and and your strong contention for the Artiste of the Year. On Monday afternoon, this discussion came up among three or four guys at the reception of Joy FM and I was drawn into it as I passed by. All of us agreed that you have been very outstanding this year and nobody deserves the ultimate award at the next Ghana Music Awards. The only concern, which Adom FM’s Newscaster, Ernest Addo Kumi, felt strongly about was the likely impact of that on your career. He was concerned that if you win and do not manage that accolade well, it could hurt your career.

I am of the view that you deserve the Artiste of the Year. But in Africa, funny things happen. When it is obvious that Ronaldo deserves the World Best Player in a particular year, it goes to him. When it is Messi’s turn, it goes to him according to our expectations.

In Africa, however, when it was clear in 2009 that Mohammed Aboutrika was miles ahead of his peers that year, after leading Egypt to defend the Africa Cup of Nations, and leading Al Ahly to win the African Champions League and the Super Cup, CAF shamelessly gave the award to Emmanuel Adebayor. We also know Didier Drogba, was tipped to win in 2007, but because he missed the awards ceremony in Togo (which came 48 hours before a crucial 2008 Nations Cup quarter-final), the award was given to Frederick Kanoute of Mali.

So when you go to the VGMA next year, expect anything. The outcome can have a defining moment in your career. If you fail to win the highly coveted award, don’t let disappointment drown you. With or without the award, you are absolutely good at what you do and you must keep it up. If you win the ultimate award, you must remember that the alcoholic content in the fame and glory that come with such high accolades is very high. With the help of your management I know you can handle it. I don’t think age should be the reason to deny you what you deserve.

Above all, know that you have people out there who love you and want you to succeed. I am one of them. I didn’t criticise to destroy you.

Oops! I have not kept my word. I have not been brief. But kindly permit me to end with a question. But as usual, let me ask with this story you may have heard before.

There lived a very rich man who had a bewitchingly pretty daughter, the sight of whom was enough to induce a man to revoke his vow of celibacy. He once called a party and threw a challenge to the young men in the land. He took them to a pool where he kept very dangerous crocodiles and said anyone who could swim across the crocodile-infested pool could either marry his daughter or take £5 million as a reward.

He had barely ended when there was a heavy splash and to the utter dismay of all, a young man was swimming across the pool with all his strength. The world is replete with daredevils, you know?

Soon, he was at the other bank of the pool and was greeted with heroic applause.

“Well, it’s now my turn to fulfill my part of the bargain,” the rich man said. Will you take the cash or my beautiful daughter for a wife?”

“I don’t want your cash or your so-called beautiful daughter,” the young man retorted angrily. “I want to see that stupid fool who pushed me into the pool!”

Ebony, I don’t know whether the “new Ebony” we are seeing has come to stay or it is just an accident that coincided with my letter. Is it a deliberate effort to move away from the past, or like the accidental swimmer in the story above, you were pushed by circumstances and would go back to your former self. Please, let me know.

Manasseh Azure Awuni, a great fun of yours. 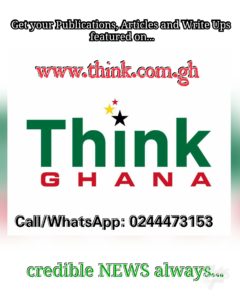 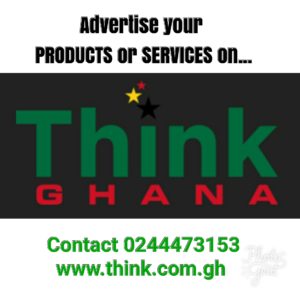