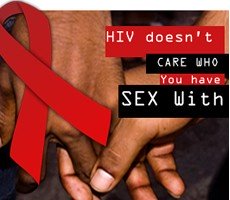 Health authorities in the Ashanti Region say increasing number of persons living with HIV/AIDS are reluctant to undergo treatment after testing positive for the disease.

Most of them show up at the facility only at a crisis stage when they have little chance of survival.

He was speaking in Kumasi at the launch of a policy document for charting a new strategic course for the prevention of mother-to child transmission.

Luv FM’s Mahmud Mohammed-Nurudeen reports about 16,000 people are known to be living with HIV in the Ashanti Region.

The region is said to be one of the highest in terms of the prevalent rates.

Dr Agyako Poku said about 80% of those diagnosed are on treatment but the patients soon go into hibernation until the virus gets to a precarious situation.

“The good news is that from 1st October, Ghana is going to implement a policy called treat all. In a situation where anybody with the virus will be put on treatment within one week,” he said.

Dr Poku added the country is also going to implement a policy to fight the canker.

Meanwhile the region is making progress in the elimination of the mother to child transmission.