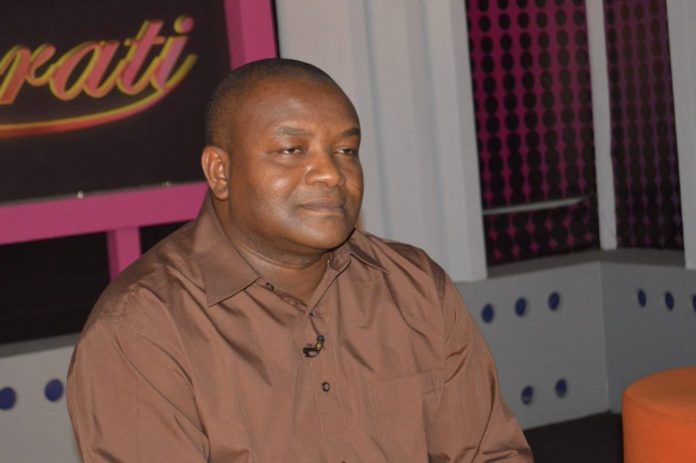 The Chief of Haatso, Nii Amarh Sogbla IV, the allodia of Haatso lands, has commended the Ga East Municipal Chief Executive, Hon Janet Tulasi Mensah, for the demolition carried out on some parts of the Haatso lands acquired by government for the Ghana Atomic Energy Commission. The illegal structures including that of Hassan Ayariga started springing up despite continuous warnings from the Chief of Haatso, the Ga East Assembly, the Ghana Police as well as the Ghana Atomic Energy Commission (GAEC). The Chief and people of Haatso are appealing to the President of the Republic of Ghana, His Excellency Nana Addo Dankwa Akuffo-Addo, the Local Government Minister, The Minister of Lands and Natural Resources, The Minister of Environment Science and Technology and all other government agencies to support the Ga East MCE in her bid to recover the government lands that have been encroached on.

The Chief of Haatso being the allodia of Haatso lands which to state categorically that the said portion of Haatso land was acquired by the government in 1971 via Executive Instrument (E.I) 75 of 1973 the said land became a property of the state from 1973 to date. For that matter the Haatso Chiefs past and present have refrained from selling any portion of the said land. The current Haatso Chief, Nii Amarh Sogbla IV, wish to reiterate that they have not sold any part of the said state land to any person or organization.

Hassan Ayariga has always been aware that the said area belonged to the government for GAEC and that before he even started constructing his walls he was warned by the Haatso Chief to stop his construction but he disregarded all warnings. The case was reported at the Regional Headquarters of the Ghana Police and Hassan Ayariga was asked to halt all construction activities on the land when he started digging the foundation for his wall, but he once again disregarded the instructions from the police.

The Chief then petitioned Lands Commission who in turn wrote a letter to the Regional Police Commander and copied the Ga East MCE, The Director of GAEC, to ward off all encroachers on the Haatso portion of the government acquisition. Hassan Ayariga and his workers were arrested as a result and sent to the Regional Headquarters. He came to the site with a military man dressed in military uniform with the name tag “NUVOR” and attempted to stop the police from sending the workers to the station, but he was not successful. He was warned by the Regional Commander to halt all construction activities until investigations are completed but he disrespected the police and went back on site the following day.

In another development in an attempt to stop Hassan Ayariga from continuing with his construction, Hassan Ayariga pulled a gun on workers from the Ga East Assembly and threatened to kill them when they visited his site to demolish the wall after several attempts to get him to stop the development failed.

The information being portrayed by Hassan Ayariga in the media concerning the said parcel of land and why the Ga East Assembly workers and officials of Ghana Atomic Energy Commission (GAEC) pulled down his structure are fabricated stories. He was rather behaving as though he was above the law and could take any government land for his personal use and benefit. He has not even been charged by the police for the incident in which he pulled the gun on the civil servants.

The land still remains a state property and anyone who is engaged in selling and buying such land is committing a criminal offence. That was the reason why Lands Commission requested the assistance of the Greater Accra Regional Police Commander to ward off and prosecute all encroachers on the said Haatso portion of the state land. A survey report resulting from the investigations clearly states that Hassan Ayariga’s developments are on the state land.

However, apart from the current fence wall Hassan Ayariga has constructed at the downstream part of the state land, he has already fenced over 40 plots of land on the upstream side and has brought numerous land guards who are seen carrying guns and other weapons on the site.

We state emphatically that the said Haatso portion of the state land has not been released to us being the rightful owners, and that all developers on the said land including Hassan Ayariga are allegedly stealing, encroaching and trespassing on state lands. We shall be petitioning the Special Prosecutor, Hon Martin Amidu to investigate Hassan Ayariga and all those who are making claims to the said parcel of land to be prosecuted for buying and selling government lands without authorization.

We petitioned the Minister for Lands and Natural Resources, the Director of Lands Commission, the Director of Ghana Atomic Energy Commission, the Greater Accra Regional Police Commander, the Municipal Chief Executive of the Ga East Municipal Assembly, The Economic and Organized Crime Office in our bid to stop the encroachments as we wait for government to take the necessary actions to release our land or pay our overdue compensation.

Based on the actions initiated by the Haatso Chief regarding the said portion of state land we wish to commend the Ga East MCE for taking that bold decision to pull down the unauthorized structures. There are more illegal structures on the Haatso portion of the state land that have to be pulled down in order to properly plan the use of the area should it be eventually released to the people of Haatso. The current situation causes the whole area to flood which may lead to the loss of property and lives.

We are hereby calling on the government to support the Ga East MCE and other state institutions to sanitize the area by pulling down all illegal structures on the Haatso portion of the state land. We are also asking the government to pay us our overdue compensation or release our land to us so we can properly plan and develop the land to prevent flooding in the area and to bring much needed developmental projects to Haatso. 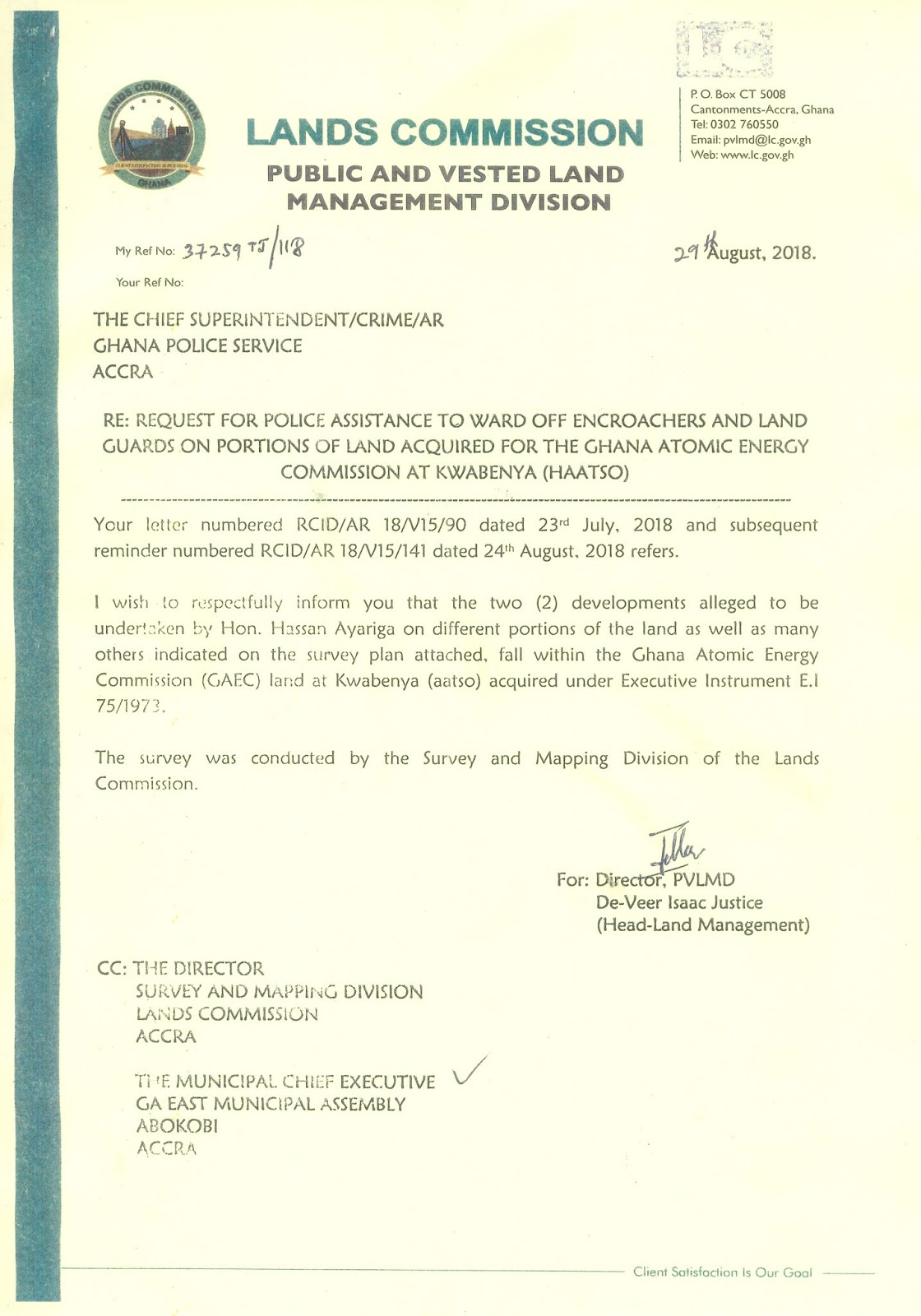 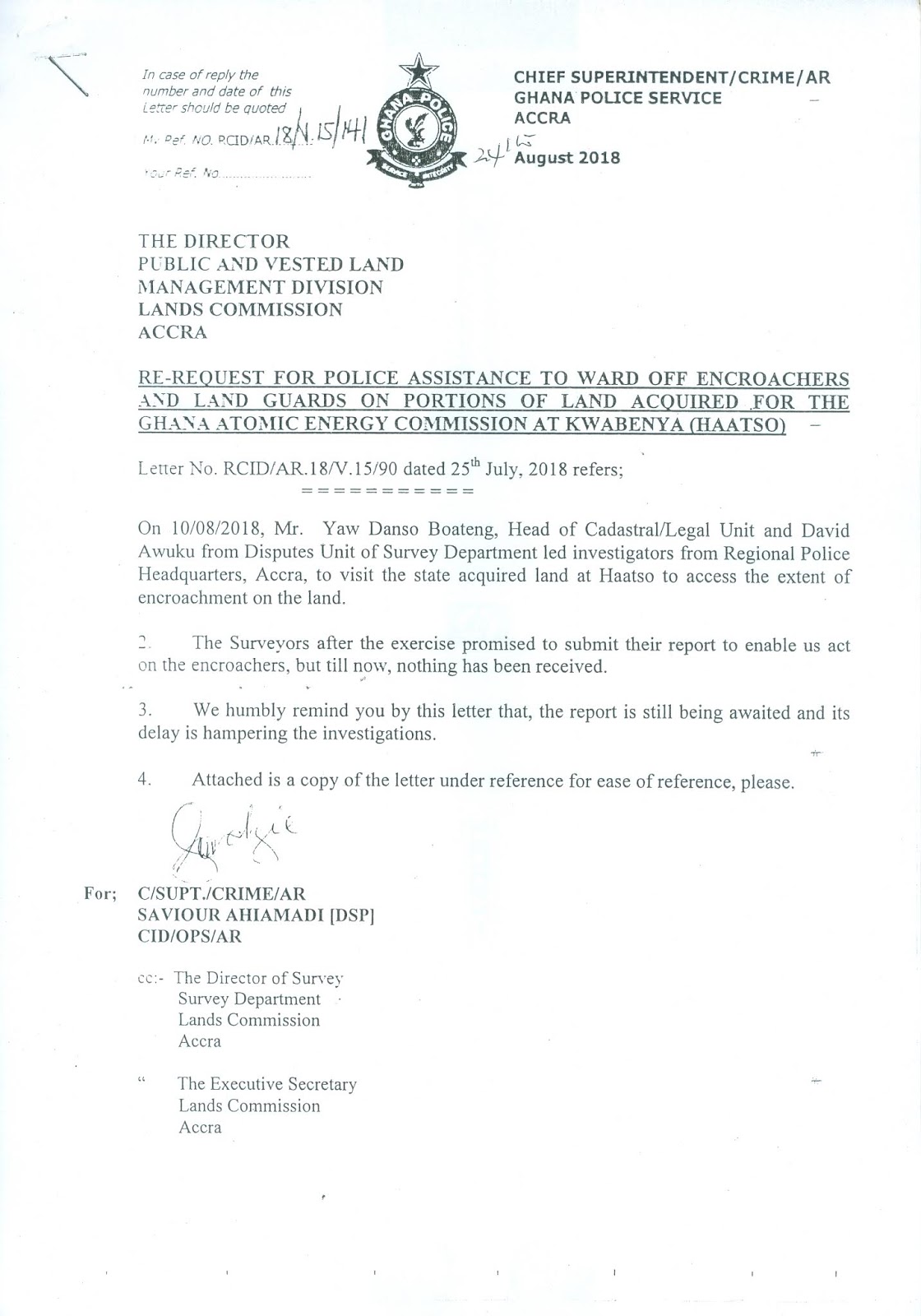