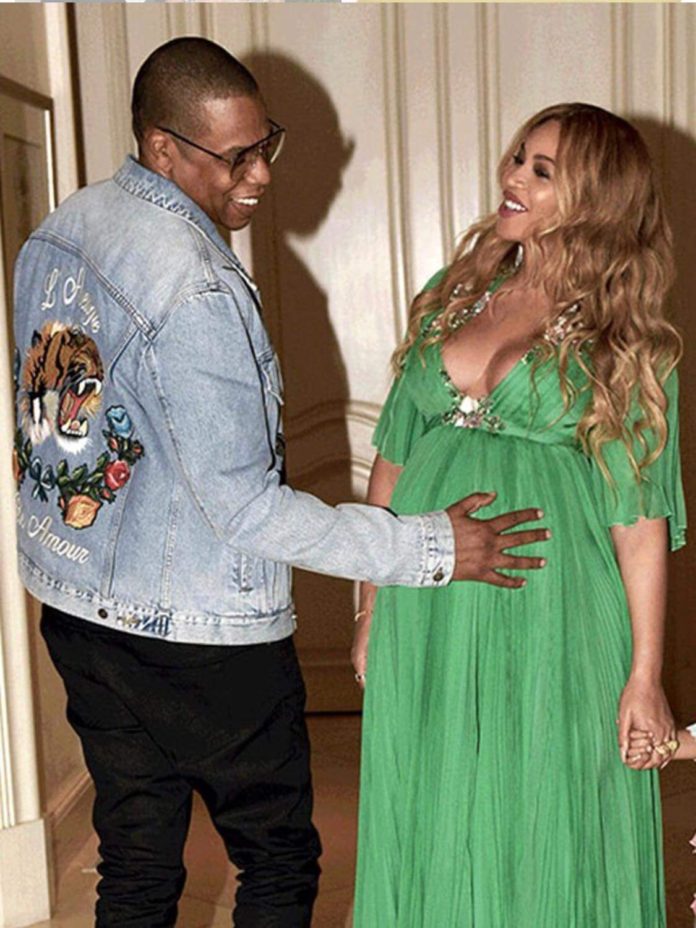 American Rapper Jay Z and wife Beyoncé. The rapper in addition to giving birth to beautiful kids with his lovely wife also gives birth to new words in the OED.

Mansplaining, ransomware and hangry are among more than 1,000 words that have been added to the latest Oxford English Dictionary (OED).

Also included are initialisms used on the online parenting forum Mumsnet such as TTC – meaning trying to conceive.

OED senior editor Fi Mooring said the words chosen will resonate “even with people who are not parents”.

The dictionary consults experts to determine what should be added to its 829,000 words.

The OED is updated four times a year with the next update due in April 2018.

OED addition hangry means bad-tempered or irritable as a result of hunger.

● Hangry – bad-tempered or irritable as a result of hunger

● Lactivism – advocating in favour of breast-feeding, rather than bottle-feeding

●Geg – Liverpudlian slang for intruding or joining in uninvited

● Mansplaining is defined as explaining something “needlessly, overbearingly, or condescendingly, especially to a woman, in a manner thought to reveal a patronising or chauvinistic attitude”.

Researchers date early usage of that term to an internet exchange between a man and a woman in 2008.

Although hangry has only come into common usage recently the word dates back to 1956 when it appeared in a psychoanalytic journal.

The OED defines the new term snowflake as a description of someone who is “overly sensitive or as feeling entitled to special treatment or consideration”.

● Ransomware is another new addition – less than a year since the NHS was one of a number of global institutions targeted by the WannaCry cyber attack that was carried out with the use of malicious software.

However, recently the word has been used to describe a luxurious lifestyle associated with families who own such businesses.

Jay-Z and the OED

Jay-Z in the Oxford English Dictionary
The new list sees American rapper Jay-Z get his sixth OED citation with the word swag being added to the dictionary.

Swag, derived from the word swagger, describes a bold, self-confident manner and appeared in Jay-Z’s Black Album: “My self-esteem went through the roof, man. I got my swag.”

Here are some of his other citations:

“My hand around her collar, feeding her cheese.”

Cheese is American slang for money.

“We stand for hours waiting for bricks of government cheese.”

Government cheese is a colloquial term for welfare benefits.

“We grow up knowing people who pay for everything with little plastic cards—Medicare cards for checkups, EBT cards for food.”

EBT stands for electronic benefits transfer – a system of paying out benefits with a card used in the US.

Jay-Z
“Thirty minutes straight off the top of his head, never losing the beat, riding the handclaps.”

Handclaps is the sound made by the clapping of hands.

The school of hard knocks is used to describe the experience of a life of hardship as an education.