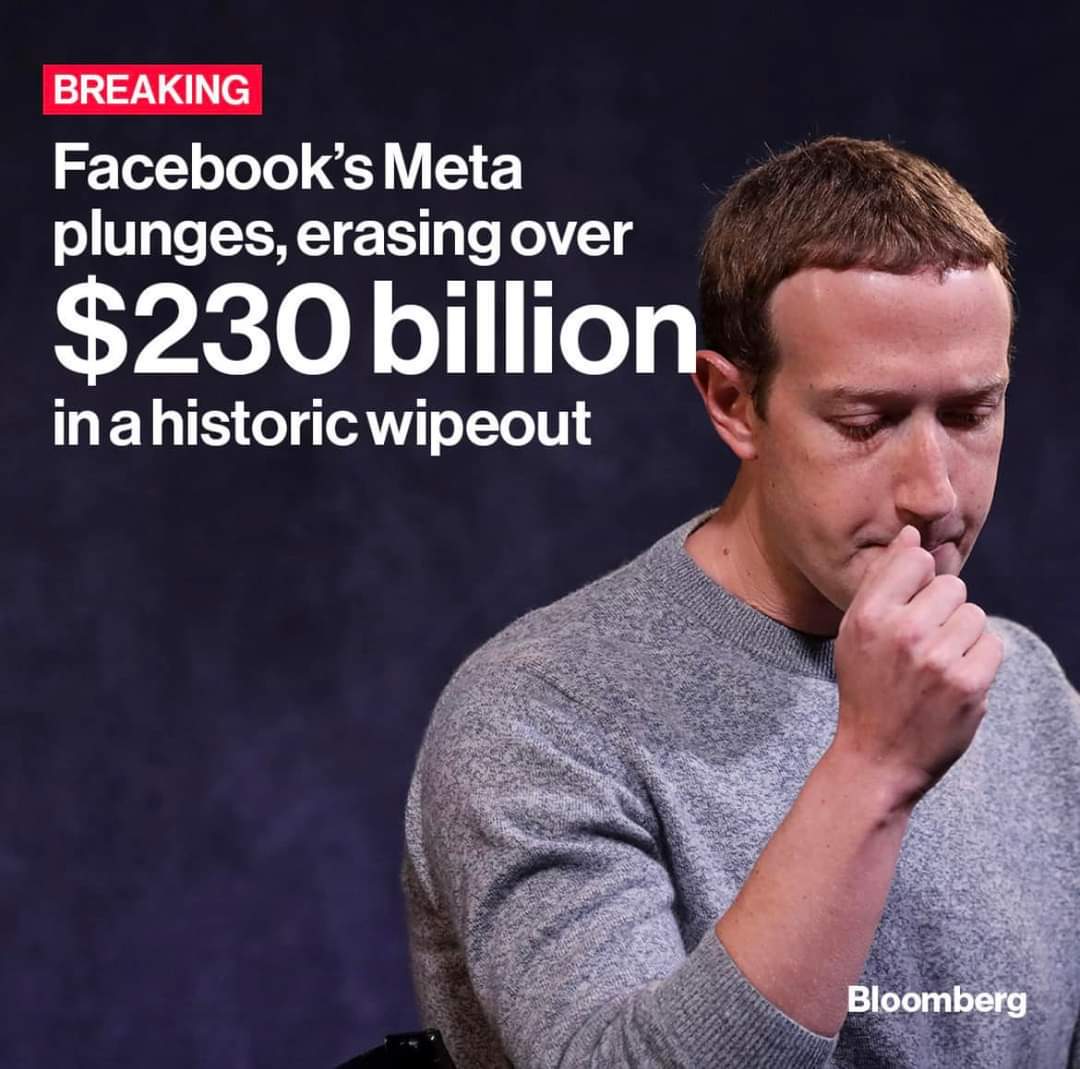 Shares of Facebook parent Meta Platforms Inc. plunged 27% in an epic rout that, in its sheer scale, is unlike anything Wall Street or Silicon Valley has ever seen.

The catalyst was startling news that for the first time ever, Facebook’s user growth seems to have hit a ceiling and its momentum is stalling. Thursday’s collapse wiped out more than $230 billion of market value in an instant — a figure unprecedented in stock-market history — and has investors asking a question that once seemed unthinkable: Are the best days over for Facebook, one of the world’s most widely held technology stocks?