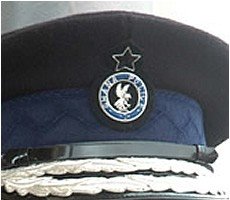 A former security officer who said he was brutalised and shot by police officers at Bonsu in the Eastern Region is yet to get any attention from the police administration.

Peter Aguyire said he was shot thrice; in the arm, thigh and stomach by one of the police officers who had been sent to arrest him for an offense.

Narrating the incident, Mr Aguyire said at the time of arrest, he was hungry and demanded that he ate before accompanying the officer, Addai Boamah to the police station.

But the Mr Boamah who is with the Bonsu Police in the Eastern Region was angered by Mr Aguyire’s refusal to obey instructions and pulled the trigger.

“I pleaded with them that I have not taken anything [eaten] so they should take the lead and I would come by myself, but they said no. I then told them to follow me to buy the food so we go together but they said no.

“It was then that I told them that I cannot go to the station on an empty stomach because if day breaks and I don’t eat it is not easy for me,” he told Joy News Kwettey Nartey in an interview.

According to Aguyire, the two officers “beat me very well” to the extent where his intestines gushed out after one of the officers pointed the gun to his stomach and fired.

The bullets ripped through his stomach and it took the effort of an old woman passing by to save his life and he was rushed to the St. Joseph Hospital where doctors stitched up the openings.

Today, Mr Aguyire lives with deep scars around his lower abdomen, thighs and arms and can hardly sit without feeling piercing pains in his ribs, chest and stomach.

There’s blood in his stool, but worse of it all is that he’s now saddled with a huge medical bill which reminds him of his gory experience four years ago.

He says he has been abandoned by the police administration after reporting the conduct of the officers to Police Intelligence and Professional Standard (PIPS) and the police headquarters.

“I have heard nothing from them. We have gone to court many times and the case is always adjourned,” he said adding the officer has not even been cross-examined.

When Joy News contacted the Ghana Police Service, they said they will trace the file to bring themselves up to date on what has been done about the case.