A total of 204 bodies have been recovered from the migrant boat that capsized off the coast of Egypt last week, a local official was quoted by state media as saying.

Ali Abelsattar said 33 people, including the body of a four-year-old boy, were recovered from the Mediterranean Sea on Tuesday.
The vessel had set off from Egypt carrying around 450 people and was heading for Italy when it overturned last Wednesday 12 nautical miles northeast of Rashid — also known as Rosetta — in El Beheira governorate. 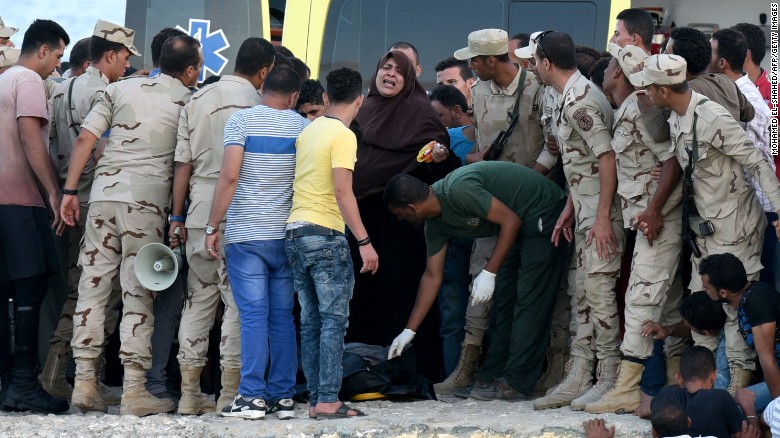 Egyptian policemen and medics stand over a body of a migrant
Four people, including the owner of the vessel, were detained by authorities after the incident.

Those who survived the disaster described awful scenes to CNN of friends and family members drowning in the sea.
Some relatives of those on the boat asked why it took several hours for coast guard rescue ships to reach the scene, saying local fishermen had come to their aid first. 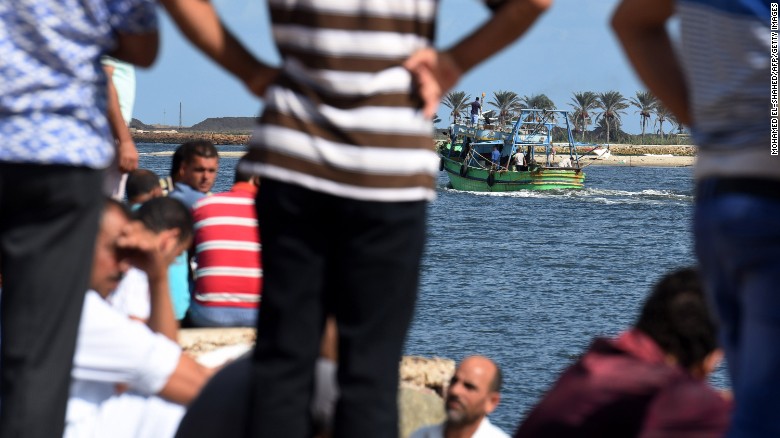 Egyptian official: Navy protecting immigrants’ lives 02:17
Many of those on board were from Egypt, Eritrea and Somalia, according to survivors.
The Egyptian military has regularly announced efforts to combat illegal immigration.
Survivors of tragedy tell of heroism, loss 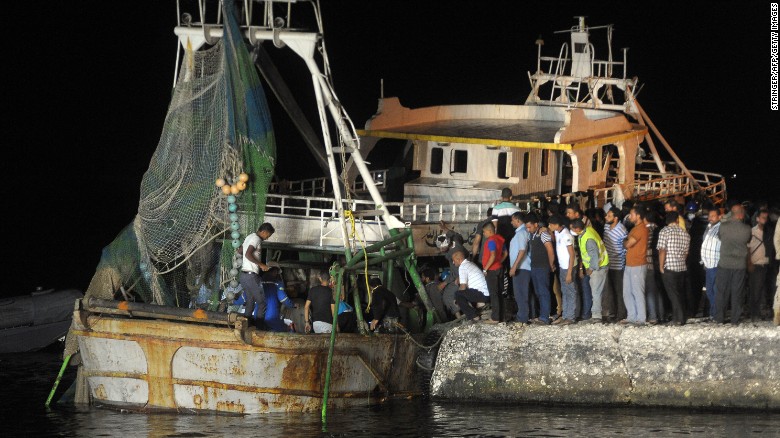 The wreck of the capsized migrant boat arrives in Rosetta
On the same day the boat capsized near Rashid, the coast guard foiled an illegal immigration attempt, rescuing 294 on board a boat off the shore of El-Alamein, according to a military statement.
As Libya — a popular jumping-off point for migrants seeking to reach Europe from North Africa — becomes increasingly dangerous, more people may attempt to make the journey from Egypt’s shores, instead.